The Art of the Brownie 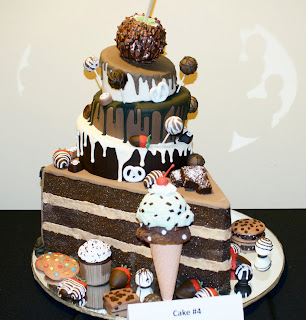 For those of you who may not know this about me, I have a Bachelors Degree in Art History. It was not the first degree I sought upon entering school, but I loved the theories, colors and textures.

So when I first saw the Custom Chocolate Creations on display this past January in Tampa all I can say is that it was a Feast for the Eyes. (Unfortunately you cannot taste and or touch them albeit, VERY tempting.) This is the part of the event where The Festival of Chocolate vendors have the opportunity to showcase their creativity and their products in an artistic way. They really want you to take note of the details and revel in their vision. Each year, the theme is different . But the creations never cease to be absolutely amazing. The best thing? The winner is based on attendee votes. Chocoholics come Rock the Vote!

The Theme in November, “A Chocolate Holiday” has the Palm Beach vendors whipping up some cool and decadent Creations to display. And, one of those vendors might just have the corner on the competition...literally.

Shelia G’s Brownie Brittle is something that most of us have never seen professionally packaged before – although it has been at the heart of many of our lives. Inspired by creating peace for those who fight over the crunchy corners left over in the Brownie Pan, these delicious morsels are the delicate balance between the just-baked rich brownie taste and that nice cookie crunch.

Sheila G Mains has been baking gourmet brownies for restaurants and large corporations like Disney for over 20 years. Her favorite part of the brownie was always the edges. And after years of watching herself and others pick the crisp edges off the brownie pans at the end of a day of baking, she set out to create just the brownie edges. 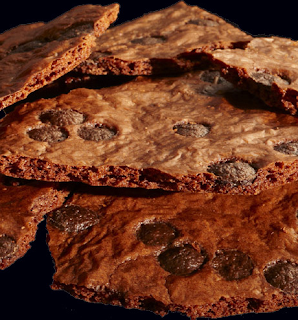 Sounds simple. But trust me, from the first bite it is simple perfection. It conjures up that moment of childhood when the smell of warm brownies wafting through the house made you drop all of your Barbies and head directly for the kitchen.

Not only is The Festival of Chocolate thrilled to showcase such a unique product created by a Palm Beach local, but we are proud to be host to one of the hottest new culinary creations on the market. This is a company on the move…so watch them closely. Just this week they announced that they have been picked up by Bealls of Florida! And, more exciting expansion is just days away.

Are you one of the Corner Lovers? Lucky You! You can purchase the three signature flavors - chocolate chip, peanut butter chip and toffee crunch in Palm Beach and as far away as Canada. This past January over 100,000 bags were sold at the Fancy Food Show in San Francisco! Big things are happening for Sheila G’s Brownie Brittle!

I am not sure what I am more excited about, finally getting to taste their peanut butter chip or seeing what incredible Custom Creation they will bring to the showcase!

So, Brothers and Sisters in Brownie Bohemia – JOIN US at The Festival of Chocolate and Rock the Vote for YOUR favorite Chocolate Creation. And, while you are at it have a brownie…a cookie….a cupcake…a crepe…a truffle. Well, you get my drift.

16 Days and Counting! Catch you around the Brownie Corner.

Email ThisBlogThis!Share to TwitterShare to FacebookShare to Pinterest
Labels: Art, Brownie, Chocolate, The Festival of Chocolate